We are all of us communicative creatures. Even the smallest, lowliest of other species on the planet we inhabit communicate with one another and attempt to communicate with us in varying ways. Indeed, about some species such as the bear, scientists even say that it is a matter of when, not if, they learn to communicate with our species in a manner that we can make sense of. That is a pretty sobering thought when you stop to consider that abstract and nuanced speech happens to be one of the few things that differentiate us from other species on this planet. But with that advantage also comes a heavy burden. As our language is the means by which we learn and teach others about our world, it means that our use of language and other communications can be one of the most effective means to control the minds of others. And as the saying goes, if you control man’s mind, you control man. 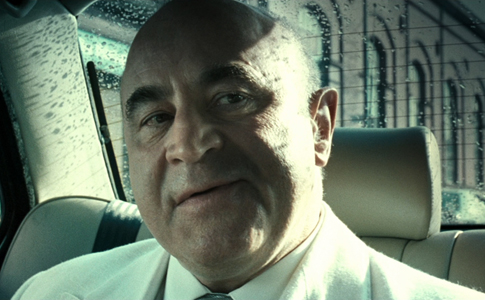 And learning through language is not solely an active experience, either. If it were, then learning to speak in the first place would be a profoundly difficult experience to put it mildly. One of the reasons our brains absorb new information at a far faster rate during our infancy than is the case when we are staring death in the face and wondering why he is taking so long is because it is necessary for our survival. Every little bit of information that we use to survive at the most basic level, how to eat, how to shit, and so forth, is learned during the first two or three years of our lives (usually). This includes the very basics of how we ask the people around us for help, how we report hunger, how we describe things to those around us, and on and on it goes. And it is not a simple or brief process, either. The extent of the time we spend learning to communicate with ourselves and each other is probably best expressed in the fact that the vast majority of our early schooling years are concerned with the learning of the finer points of our native language. We spend hours literally reading, writing, and when I was a boy even singing, to one another.

But the weakest link in the process obvious lies in whom is entrusted with the task of teaching us. If we have teachers who seek to dominate, ridicule, and abuse as a means of crowd control, we should not be surprised when at least one or two of the children we attempt to teach in this way grow up to be violent, abusive, hurtful adults. If we teach our little girls that abuse or violence is normal, then we can expect more domestic abuse cases in twenty years. If we teach people who are vulnerable, disadvantaged, or different that they deserve to be abused or treated as second-class citizens because of characteristics they cannot help, some will spend their lives meekly sitting in “their station”, whilst others are going to go through the rest of their lives very, very pissed off. But when people in a position of power really want to cement that position, they know that they have to plant the roots of their work deeply.

As I talked about in my previous entry, the English language lacks any semblance of a word that is intended to refer to an overtly sexual woman in a positive manner. This is language manipulation at its most subtle, and its most effective. Granted, the persons responsible had at least a few centuries of head start in the matter, but for the foreseeable future, it is going to remain the best and least-known example of thought control through language modification that you could ever hear of. Some other classics include our tendency to refer to getting killed by one’s own army as “friendly fire”, or robbing the poor and middle class in order to pay the rich’s way as “fiscal conservatism”. This is probably one of the many reasons the political correctness brigade even exists. Just about every high school student with an IQ above 100 has read and at least partly understood George Orwell‘s treatise on language modification as a tool of slavery. 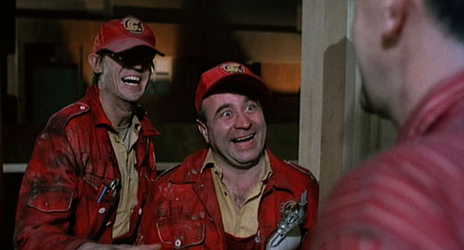 So now, I am sure, you are wondering exactly why there are multiple stills of Bob Hoskins‘ appearances in films that have been released during my lifetime. The first of these captures is from a film that I doubt anyone really would have expected to see Hoskins in. Unleashed, or Danny The Dog depending on what version you are watching, contains one interesting line from Hoskins that sums up most religions’ approaches to thought control perfectly: get them young enough, and the possibilities are endless. Tell a child that the word “help” is a hurtful, evil word that will hurt those dearest to them, and do it consistently for the first ten years of their life, and the mere urge to call for help will send them into tailspins of psychological distress the like of which not even returning soldiers regularly experience.

Rather than continue further along this path that I feel I am beating to death, I will instead talk a little bit about a significant part of my childhood. You see, when you are manipulating or trying to manipulate the behaviour of others, it also helps to set and keep some rules. When you mash a child’s face into the floor without making it clear to him why, you only end up with a violent adult in the end. But anyway, the reason I mention that is because like all autistic Children Of The 1980s around where I grew up, I ended up in the purview of many child psychologists. It was like a merry-go-round where I was being called into question for every little thing. But in one situation where this reached a peak, open challenges were issued by myself (and other children) asking if there was anything that we could actually say that was “right”. It did not matter whether we talked like actual children do or told epic tales of fluffy bunnies bouncing across meadows. You could not finish a whole sentence around these people without being told you said something “inappropriate”. Yet these same people will express amazement when I throw punches at my male parent if he says “doooooooon’t” at me like I am a two year old, or why I would sooner stuff J.K. Rowling’s head up her bottom than so much as listen to her attempt to tell me about her day. (“We are now entering hour two of ‘My day’, by Ned Dorsey. Told in real time!”)

So to cut a long story short, when some asshole tells you not to use this or that word, regardless of their reasoning, be suspicious of them. When you have the kinds of hick fukktards that seem to grow on trees in what Americans refer to as the Bible Belt shouting the word “nigger” at people, it actually serves a very useful purpose. One, it motivates the people in the audience to take a really good look at the person using the epithets and compare them to the person the epithets are directed at. Although people in what I like to call Child Abuser Meccas are all universally of low character, I tend to find the minorities and fringe groups who are usually on the receiving end of such verbal blasts are much higher people than the idiots who were born with white male privilege and yet still manage to look like something one found on a less travelled road in the Middle Ages. Sure, there are exceptions (as with every rule we have), but not many. By barring the use of such speech, and getting this barring accepted, you rob certain people of a useful tool. Secondly, whenever you tell someone they cannot use a word that comes out of their mouth as naturally as air, irrespective of whether they are eight years old or eighty years old, they will resent you. And if there is one thing that certain Humans are good at, it is allowing resentment to build to a point where it ends up biting someone in the arse.

So, to make a long story short, the next time you are speaking to a subject who is North of ten years old and you feel the urge to simply tell them they cannot use this or that word, think again. If the word is not potentially offensive, the child will lose respect for you. If the word is potentially offensive, your inability to put your point across effectively will have the same effect. In the 1991 film Kickboxer 2: The Road Back, Sasha Mitchell in character tells one of the miscreant pre-pubsecent youths who have gathered near his gym and have sworn at him like Ozzy Osbourne on a vodka bender that they should not swear so much. Because, he reasons, when you swear so much, it loses its meaning. This lesson might be lost on a lot of children, but I can assure you that children who are still coming to grips with the pluses and minuses of having an IQ in the 120s or more do take advice like that on board when it is delivered well. Far more so than “do not use this word or I will hit you”. Users of the latter, are you prepared for the consequences it has when that boy reaches the stage of life where he can effectively hit back?