Society has failed us, part one of many

As I was growing up, the level of hostility between one generation and another was quite palpable. The way I saw it both as a child and as an adolescent was that we had one faction who thought they were entitled to demand the respect of the other, and the other faction felt the first was only entitled to a “fukk you”. Now that I am old enough to have taken the place of one of these factions, I think it is worthwhile taking a look at the situation in more eloquent terms and exploring the question of who is wrong as well as who is right. Because, as with all questions of this kind, the answer is none, both, and a little of one mixed with a little of the other. If that statement confuses you, well, let us just say that it confuses me a bit, too, and I am the idiot who is writing this waffle. 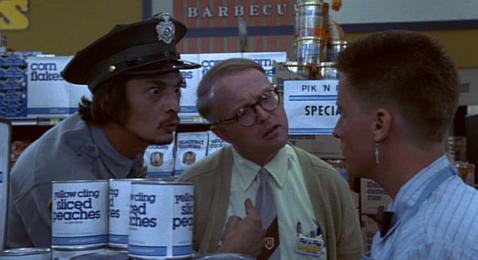 Behind the scenes, the 1980s were a time of serious change in social policy, and not for the better. The years in which the baby boomers grew up, by contrast, were a time in which Keynesian monetary policy and post second World War expansion were seeing more wealth distributed across a wider percentage of the populace in America than has been the case before or since. And America as a whole was stronger than it had ever been, and has been since, as a result. But that all changed in the mid 1970s when the courts ruled that corporate political action committees were legal, and petitioning the government to pass laws through bribery was okay. On top of this, the man who set up all of the deregulation machinery that has gutted the laws which protect the working class was driven from office in favour of an incompetent fool who, it seems, would sign into law anything a corporate entity would put in front of him, without regard to the harm that it might do to the remainder of the citizenry.

On top of this, the rich have been excused, more or less, from paying for what they use. As I was being schooled, my peers and I had the refrain of teachers telling us we wanted to get out there, get a great job, and be real rich ringing in our ears. But the reality has turned out more like go out there, get a mediocre job if one can be found at all, and pay Uncle Big Corporation’s taxes for him. I do not care what way you look at it. When you are using hundreds of millions of dollars worth of services provided by the government (banking systems, money printing, money circulation, prevention of economic depressions, military protection, police protection… the list goes on and on), expecting people who individually get so little money to live on that they can work two jobs and still be in poverty to pay for it is simply not on. Yet baby boomers and the like still scratch their heads and wonder why we Children Of The ’80s and subsequent generations hold them in such low regard. Well, morons, take a good, hard, un-goggled look at the world that you have made for us.

In Repo Man, we are shown an insight into an over-competitive market where more and more people are fighting over fewer and fewer scraps. Otto is told that he works on commission, which is better than being paid. Most cars he repossesses, he is told, might net him a couple of hundred dollars a go, but an expensive car like a Porsche might get him three grand in one hit. The absurdity of this situation comes to a head when the authorities, anxious to stop an Asimov-like scientist from crossing the country with a car that appears to have something otherworldly in the boot, post a twenty thousand dollar reward for the car. Although we only see two distinct groups of characters in the film, and one of them is portrayed as making a lot more work for the main group of characters (thus promoting hostility in spite of the fact that one is keeping the other in work). One of the men in the latter group is heard to say during a discussion that they could buy ten of the car in question for the reward on offer. Subsequently, much of the film shows the repossessors in the market going to absurd lengths to stab one another in the back in order to get this car and collect the reward. 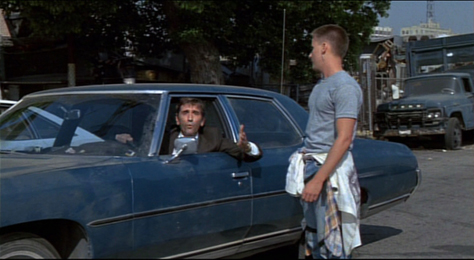 A lot of the time, conservative shitheads will tell us that jobs should be a competition, and no safeguards should be in place to protect the rights of the worker or interfere with the market. The ignorance of such cannibalistic rhetoric is exposed by the fact that the job market does not operate on the usual laws of supply and demand. Rather, the job market is ruled by the mathematics of displacement. Because of the absurd pressure for everyone to have at least one tertiary degree regardless of how terribly the school system may have treated them, the tertiary school system is producing tens of thousands more degrees than the job market can handle. Which means that all of these excess degree holders end up taking jobs meant for people with less education, which in turn sends those with less education seeking jobs for those with less education until finally there is nowhere for those at the bottom to go but to starve and die in a hole somewhere. Yet conservative shitheads will tell you like they expect to be taken seriously that the job market should not be regulated.

Repo Man was released to the theatrical circuit thirty years ago now. In that thirty years, the laws that protected our parents from being exploited, from having their world ruined around them, and in some cases from being treated like second-class citizens for characteristics they cannot help, have been gutted. The Gini index in America is almost back up to where it was in the 1920s, a time when fully half of all Americans could not afford the basics of living. And baby boomers as a rule are so quick to deflect blame for anything away from themselves. They tell us we are poorer because we are such criminals (ignoring the fact that high income inequality and crime go together like overpopulation and resource depletion). They tell us they had a higher standard of living because they worked harder (ignoring the fact that many blue-collar workers since the 1980s have been working two jobs in order to make ends meet). And when we tell them that the real problem is that they voted for the wrong people and then refused to stand up and say “no” when those same people decided to gut the services taxes are meant to pay for… honestly, who are the real children in this conversation, I wonder?

It may not be the first line, or even the most quotable one (it has some stiff competition for that), in Repo Man. But what Otto says to Mr. Humphries a few minutes into the film is exactly what every person born at the right time to become a legal adult during the 1980s or 1990s, and every subsequent generation, should be saying to the baby boomers. They want us to respect them because solely because they are older than us. They have sat back and let their elected representatives turn our world to such shit that we cannot enjoy the same standard of living that they did. So if your parent is a baby boomer, repeat it with me and Otto every time they demand respect: “fukk you”. If you happen to be a Child Of The 1980s and autistic to boot, punctuate it with a fist in the face. Trust me, it is a lot less than what they deserve.