Ed Wood. The man, his films, and their meanings.

I will say this much to start with: I am a fan of the films of Ed Wood. In fact, Ed Wood‘s work can be considered a reason to be grateful for the joys of home video and film preservation. Without either of those things, we, the plebs of the later twentieth and early twenty-first century would not be able to enjoy his work. But this also provokes a myriad of questions. Like every celebrity that walks or walked an unusual path, Ed Wood‘s work and life prompts a number of questions that one can learn from by answering. END_OF_DOCUMENT_TOKEN_TO_BE_REPLACED

The first of a few posts about Ed Wood 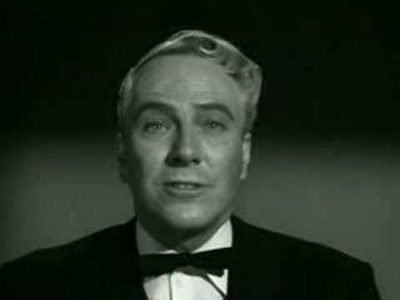 Ask people who the best director of all time happens to be, and chances are that you will get as many answers as you get people responding. Some will tell you that Stanley Kubrick is the best director who ever lived. Some might tell you Oliver Stone. Some might tell you Harold Ramis. For my part, being that I am so biased towards material that recognises there might actually be an adult in the audience (shock! horror!), I cannot go past Paul Verhoeven. The list goes on for as long as there are directors who made a hit (or even vaguely interesting) film. But when you ask people whom the worst director of all time happens to be, the pool of answers narrows down quite considerably. As I have said before, author Adonis Kyrou once wrote that one must learn to see the so-called “worst” movies, because sometimes they are sublime. Regardless of whether you think so or not, bad films have similar claims to merit as good ones. One of the most important areas in which a bad film can become meritous is by showing aspiring filmmakers of the future an example of when something is done badly.

Whilst films had been made in some form or other for around fifty years at the time that Edward D. Wood, junior began making his features, getting to see them was not nearly as easy as is the case now. Nor were they as abundant, and the “science” involved in making them was so far less developed as to invite mockery when attempting to make comparisons. So what, then, makes Wood more noteworthy than the other directors who unleashed crap upon the cinematic circuit in similar times?