Random pieces of music that I like (piecemeal style)

My last few posts have felt very “heavy” in nature whilst writing them. That is to be expected, of course. They were, after all, about rather heavy subjects, and used rather heavy terms for communication. Even the post about something I use to distract myself or as a coping mechanism for the serious shit, had to touch on a couple of serious matters.

So in this post, I will talk about some pieces of music from artists that I regularly listen to, enjoy, but do not feel I can sustain an entire post about. You can thank me by checking them out, learning more about them, and reporting back with your own conclusions.

Opera IX (when they were good) 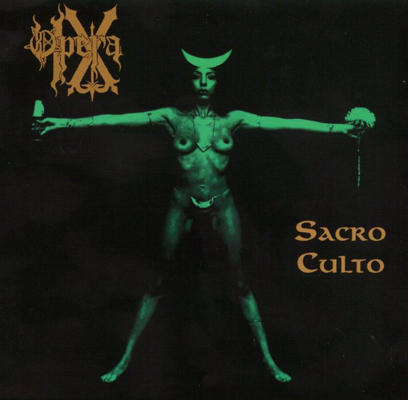 Rather than go on for hours about songs by Opera IX, I am going to talk about songs from the two albums where they really brought something different to the table. The albums in question being The Call Of The Wood and Sacro Culto.

Allow me to distort a quote that was attributed to Einstein. A song should be as short as it needs to be, but no shorter. This is why of the songs that make up what many consider to be Sepultura‘s best album, Arise, the one that keeps me coming back to listen again and again in spite of nearly two decades of change within myself is also the longest (Desperate Cry). But I will get back to that at some other point. Although Opera IX have a small handful of songs that last for less than ten minutes, their best are like a story. They set something up, put it on a journey, and go somewhere.

Sacro Culto and The Call Of The Wood both have a super-epic that happens to be both the lengthiest and best songs on the album. The Call Of The Wood has Alone In The Dark. Alone In The Dark begins with a rather lengthy helping of “woodland” sound samples. Hissing wind, wolves howling, general “atmospheric” bullshit. When I transferred the song to my iPood, the first thing I did, in fact, was to load the song into the sound editing application called Audacity and cut out the first minute and change, clipping the song down to… seventeen minutes. No, I am not kidding.

Although the song’s lyrics are pretty abstract, painting more of a picture with rather than in spite of the actual music, the general story told is one I have explored in my writing a few times. Protagonist tries to commit suicide. Protagonist is brought back by “evil” spirits that teach them the true value of themselves. Protagonist becomes a great avatar of power and self-assertion. When Cadaveria sings that she “would shed blood… but something’s hindering that to me”, the music behind her provides an orgasm of image-provoking rhythms that will probably accompany the end of all normalistic life on this world.

My Devotion, the fifth song from Sacro Culto, is a leaner, meaner version of Alone In The Dark. At fifteen minutes, it touches upon similar themes, although the primary difference would seem to be that the protagonist is shedding their blood in a deliberate effort to summon the spirits, as opposed to the spirits intervening in a suicidal act. But really, this song is a veritable tour-de-force of different ways in which Opera IX seem to be deliberately coaxing different reactions out of the visualisation sector of such a listener’s mind. And when an Italian woman is singing “my eternal devotion to darkness…” in your ear at the end of a song like that… you tend to be all about it.

Oh, just let me fling a lump of poo here that will start a fight. A fight that will not stop for decades to come. Alright, here we go: Joey Belladonna, the vocalist that Anthrax released most of their “classic” or “respected” material with, sucks monkey poo through a dead elephant’s dick.

Okay, now that the flood of spam comments calling me whatever that have come from the MetalSucks or similar crowd have died down, allow me to explain my position somewhat. Although they were often promoted as one of the “big four” bands in the American thrash metal fad that raked in money during the 1980s, people from the MetalSucks crowd have hit the nail on the head when saying that with Anthrax on the bill, it was more like the big three and their little brother. They just never quite got into the same level of success. But around the early-mid 1990s, with trends changing and the media shifting focus again, Anthrax shifted direction after firing Belladonna, hired a man named John Bush to be their vocalist, and released an album called Sound Of White Noise.

People who understand or even grok why my first and most powerful love is of doom metal know where this is going. The second single from Sound Of White Noise was a collaboration with Angelo Badalamenti called Black Lodge. Now, whilst I only have a looking-through-a-window idea of the material featuring Belladonna, I can tell you this much about it: “look how tough I am”, “look how hardcore I think I am” and basically the whole impression I received from songs like Caught In A Mosh or I’m The Man gets old extremely fast. Black Lodge, on the other hand, is an example of a song that I can hear at one point in my life and continue to remember for years, even decades, after the fact. Whomever the “you” is that John Bush is addressing in this song, I love the song because I understand the psychological distress they must be enduring.

During the 1980s, music videos were all the rage. The biggest attempt to monetize them, to make promotional tools out of them, came from a startup called MTV. Criticisms of MTV itself aside, one of my favourite pastimes when I was in my mid-teens was to sit up at midnight over the weekend and watch a local version that started in April of 1987, known by the name Rage. That was where I discovered the video for Black Lodge, which I still wish I could unsee, honestly. 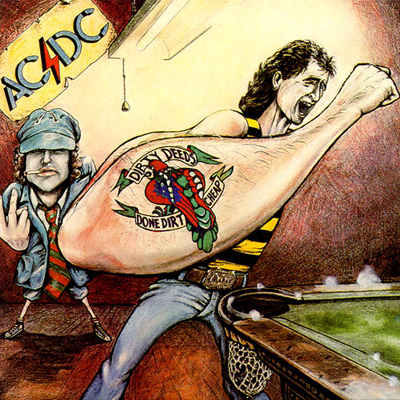 Like a lot of boys who grew up in Western Sydney during the 1980s, I became acquainted with the Australian pub-rock band AC/DC because they were popular with at least one of my parents and their families. But as with many “artists” who are way past their use-by date and are only in it for the money now, there’s AC/DC, and then there is the real AC/DC. The latter is what I like to listen to once in a blue moon.

When AC/DC were getting started, going from one coast to another and playing any gas station along the way that would allow them, they were fronted by a man who went by the name Bon Scott. Scott, being the old pro of the group, knew very well that the best way to get a gig was to stand out from the pack. And whereas bands that had songs about drinking, driving, fighting, and fukking were a dime a dozen, a band whose vocalist sang in a toff-like manner about how big his balls were stood out and then some.

Of course, the real trick was that the poetry was phrased in such a manner that the Man From Mars could mistake Scott for singing about ballroom dancing. And whilst the music itself was phrased in a manner that flat-out announced the band was playing music because they could not get anywhere in life by other means, Scott played up the hint of confusion to the hilt. “My balls are always bouncing,” he sings, “to the left, and to the right… it’s my belief that my big balls should be held every night”. You have to hear the song to really appreciate it, but if I had been around then and had the means, I would have edited together a video in which it looks as if James Callaghan is singing the song. Come to think of it, does anyone have a lot of stock footage around showing Callaghan speaking to the camera? (Just picture his mouth movements synced to Bon Scott singing “Oh, I’ve got big balls”. It would be one for the ages.)

The album that Big Balls is from, Dirty Deeds Done Dirt Cheap, also contains one other song I have always enjoyed a good listen to. The one the album is named after. It is a first-person narrative from the perspective of a low-level mercenary, the kind who will loan his fists to locals for a few hundred bucks a booking, and the kind of jobs he will take. At the end of it, Bon Scott lets out his own “yaaaaargh!” type sound that is not quite a pirate snarl, but something much, much better. In fact that shrieking gargle, much like that of a pub brawler who is shouting in anger through a mouthful of vomit and beer, is pretty much a Bon Scott trademark. It is a Bon Scott lyric. Yaaaaaargh! 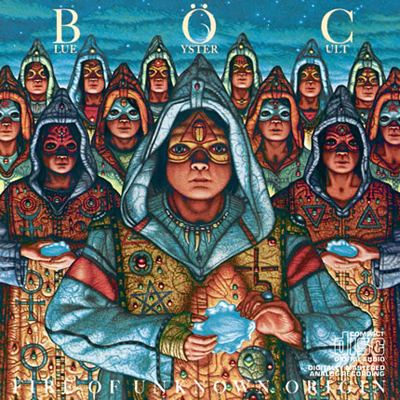 Sing along with me now! Joan Crawford has risen… from the grave! I cannot remember precisely when I first heard this song. I was a lot older than was the case when I first heard the other songs so far in this article. But what I loved about the song was the use of keyboard arrangements and surreal lyrics concerning the sheer chaos that has ensued as the titular Joan Crawford goes on her undead rampage.

Joan Crawford, the song, is largely categorised by the recollections of Joan Crawford‘s (the actress) adopted daughter, Christina. Christina Crawford‘s memoir can be credited with bringing the subject of child abuse to public attention at a time when it was largely swept under the rug. Given that the ratio between cases believed unreported and the numbers reported would indicate that half of all of the children in America suffered from neglect or abuse around 2005, this is a very good thing.

The song itself is a great deal more whimsical and gentle in styling than one would expect of a song with such subject matter. But Blue Öyster Cult were never really into that more hardcore than thou thing than a lot of bands in genres that they were really reachingly associated with took to. I am sure that if I were to ask the membership now, particularly the one member who has been in the band for its entire existence, one Donald “Buck Dharma” Roeser (I could not make that up if I tried), they would tell me the band was always meant to be pretty harmless and fun. Which, amongst artists that I listen to even the most cursory parts of the work of, is pretty unusual.

I am not sure of how many Blue Öyster Cult songs I heard on that day. Long before then, I had of course been familiar with their biggest-selling and best-known song, (Don’t Fear) The Reaper. But that song just makes me think “sure, I can tolerate this song on the once-around, but I am not going to come back to it again for a long, long time”. Joan Crawford (the song), makes me picture Rose (a bear briefly featured in Kronisk’s Mirror) playing the piano parts. And I listen to it with some frequency, thus putting it above other Blue Öyster Cult songs.

Hopefully, these four listings will motivate readers to search out the songs mentioned. Many of them can be found in music video format on YouChoob, and I am sure they can all be found in FLAC on Googoo. But you did not hear the latter part from me. Happy hunting, and do not forget to let me know what you think of the results.